North America M&A activity remains robust. Over $600 billion transaction value in Q3 2019, which indicates 2019 is progressing toward another $2 trillion-plus year.

Transaction multiples continue to increase as competition for assets bid up prices. Median valuation multiples rose to the double-digits in 2019 to date. While these higher multiples raise the price paid in an acquisition, low financing rates allow for more expensive deals to have reasonable costs. 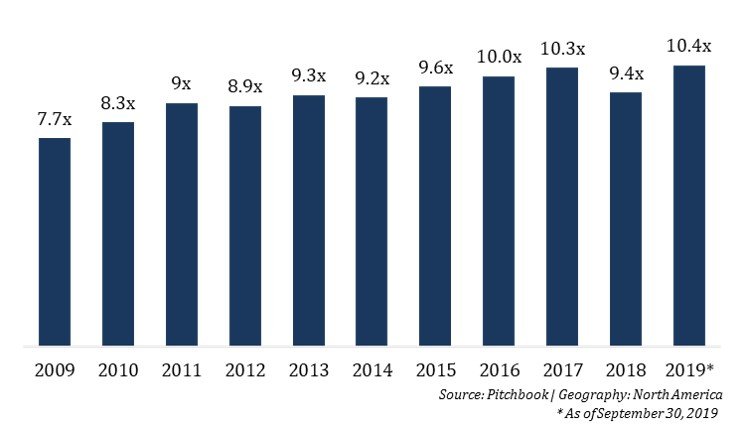 Transaction size has also been increasing, driven by the higher multiples and a group of big public companies and PE firms pursuing large M&A transactions. The median deal size has more than doubled in the past three years. 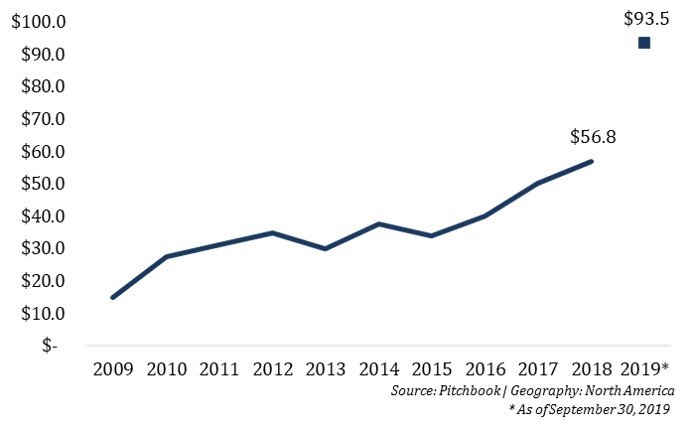 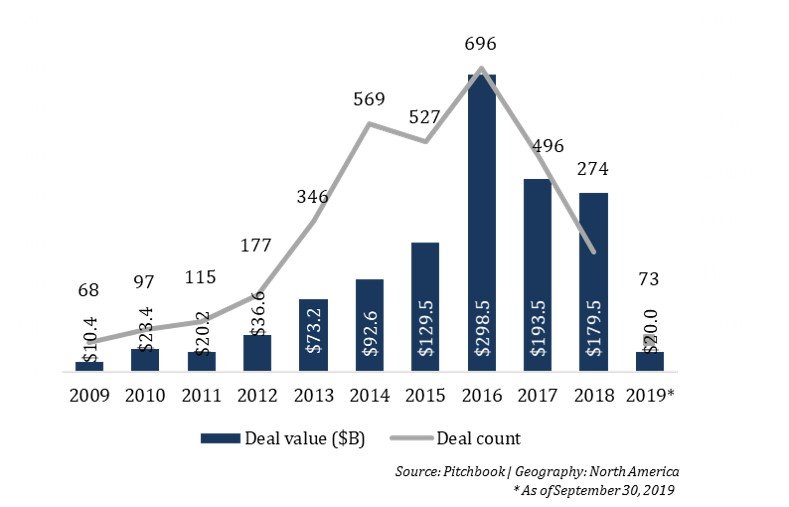 There is an enormous amount of dry powder sitting in private equity funds. Preqin estimated $2.5 trillion of private equity overhang, and they are raising more capital. In 2019, 3,750 funds are raising capital targeting $977 billion, up from $426 billion in 2018.

Private equity groups have a record level of dry powder 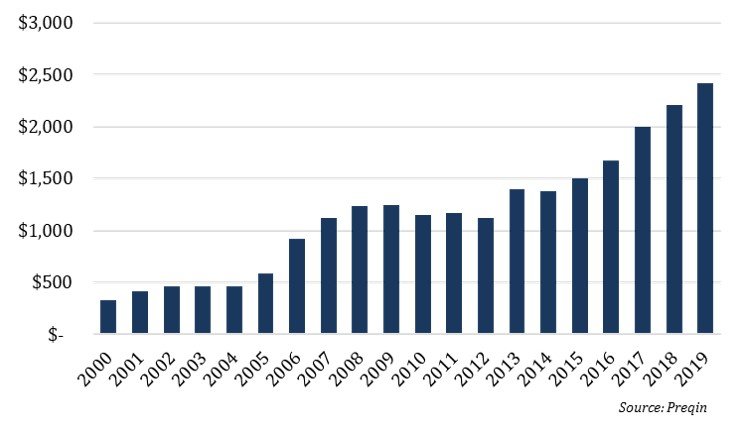 Middle-market M&A continues in a downturn

Thanks for signing up!