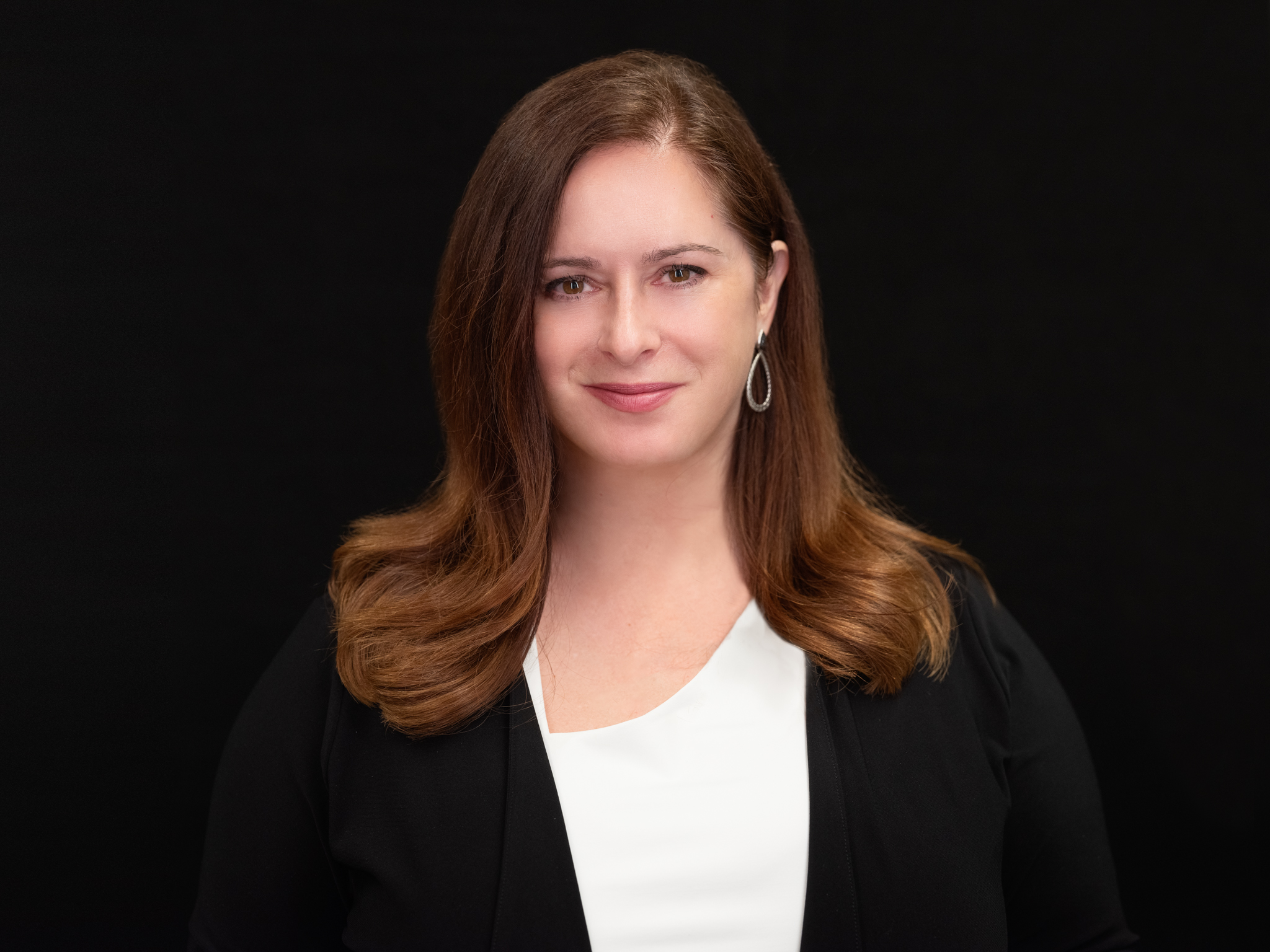 Gina Cocking serves as the Chief Executive Officer. She returned to Colonnade Advisors as a Managing Director in 2014. Gina began her career in investment banking at Kidder Peabody, was an analyst at Madison Dearborn Partners and an associate at J.P. Morgan & Co. She was a Vice President at Colonnade Advisors from 1999 to 2003. She left Colonnade to gain operating experience as the Chief Financial Officer of Cobalt Finance, a specialty finance company. She went on to become the Chief Financial Officer of Healthcare Laundry Systems, a private-equity backed company for which she oversaw the successful sale to a strategic acquirer. Gina served as the Line of Business CFO – Consumer Banking and Lending at Discover Financial Services. Gina serves on the Board of Directors of CIB Marine Bancshares, Inc., a bank holding company based in Waukesha, Wisconsin, that operates banking offices in Illinois, Indiana and Wisconsin. Gina received her BA in Economics and MBA from the University of Chicago. Additionally, Gina holds the Series 24, 28, 79 and 99 securities licenses. gcocking@coladv.com 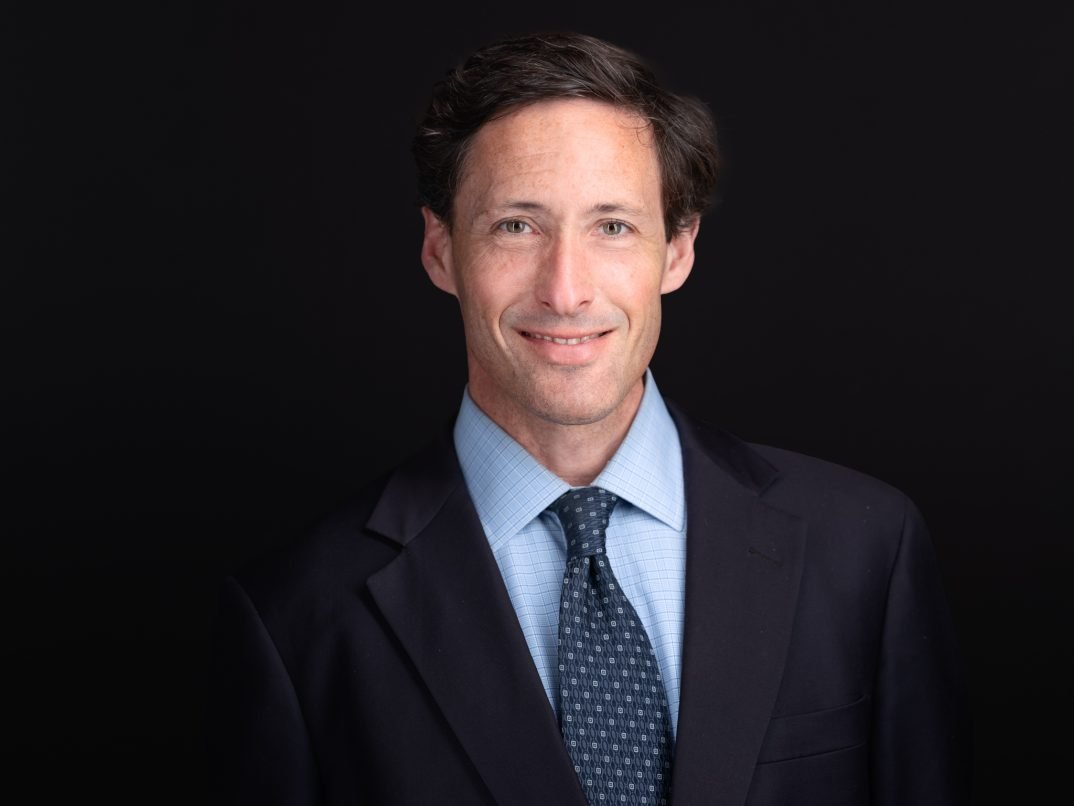 Prior to Colonnade, Jeff was an investment banker at J.P. Morgan in the firm’s Mergers & Acquisitions and Fixed Income Capital Markets groups in New York. He also spent several years in J.P. Morgan’s Chicago office. Jeff has over 20 years of M&A and investment banking experience and has served as lead execution partner on over 25 M&A and financing transactions at Colonnade. Jeff received an MBA from Northwestern University’s Kellogg Graduate School of Management and a Master of Engineering Management from the University’s McCormick School of Engineering. Jeff received a BA from Dartmouth College and a BE from Dartmouth’s Thayer School of Engineering. Jeff holds the Series 7, 24, 63 and 79 securities licenses. Jeff serves as a director of the non-profit Nurture, an organization dedicated to enhancing the nutrition and wellness of children and families. jguylay@coladv.com 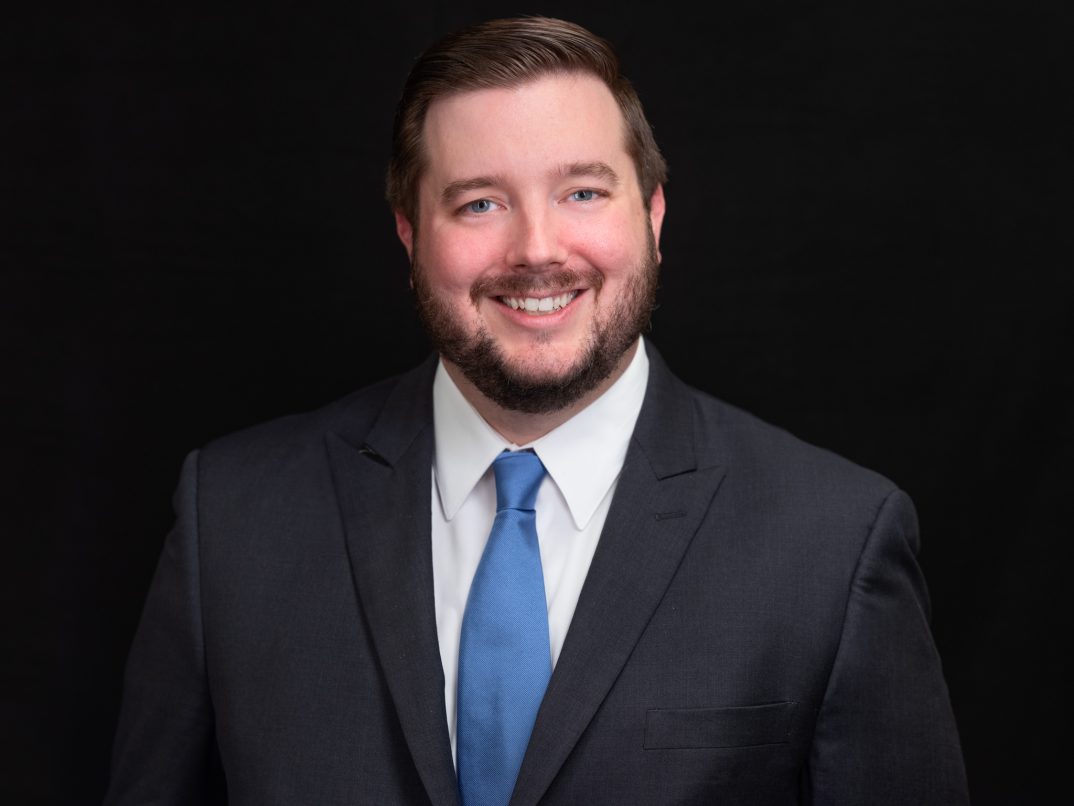 Derek Spies joined Colonnade Advisors as an Associate in June 2021. Derek began his career at First Midwest Bank in Chicago where he helped provide middle market companies debt financing for strategic initiatives. Derek then joined BMO Harris and transitioned to the firm’s corporate advisory team; providing buy-side advisory services, valuation services, and other corporate finance solutions to middle market clients of the bank. Derek received his bachelor’s degree from Marquette University in Milwaukee, WI with a major in Finance. dspies@coladv.com 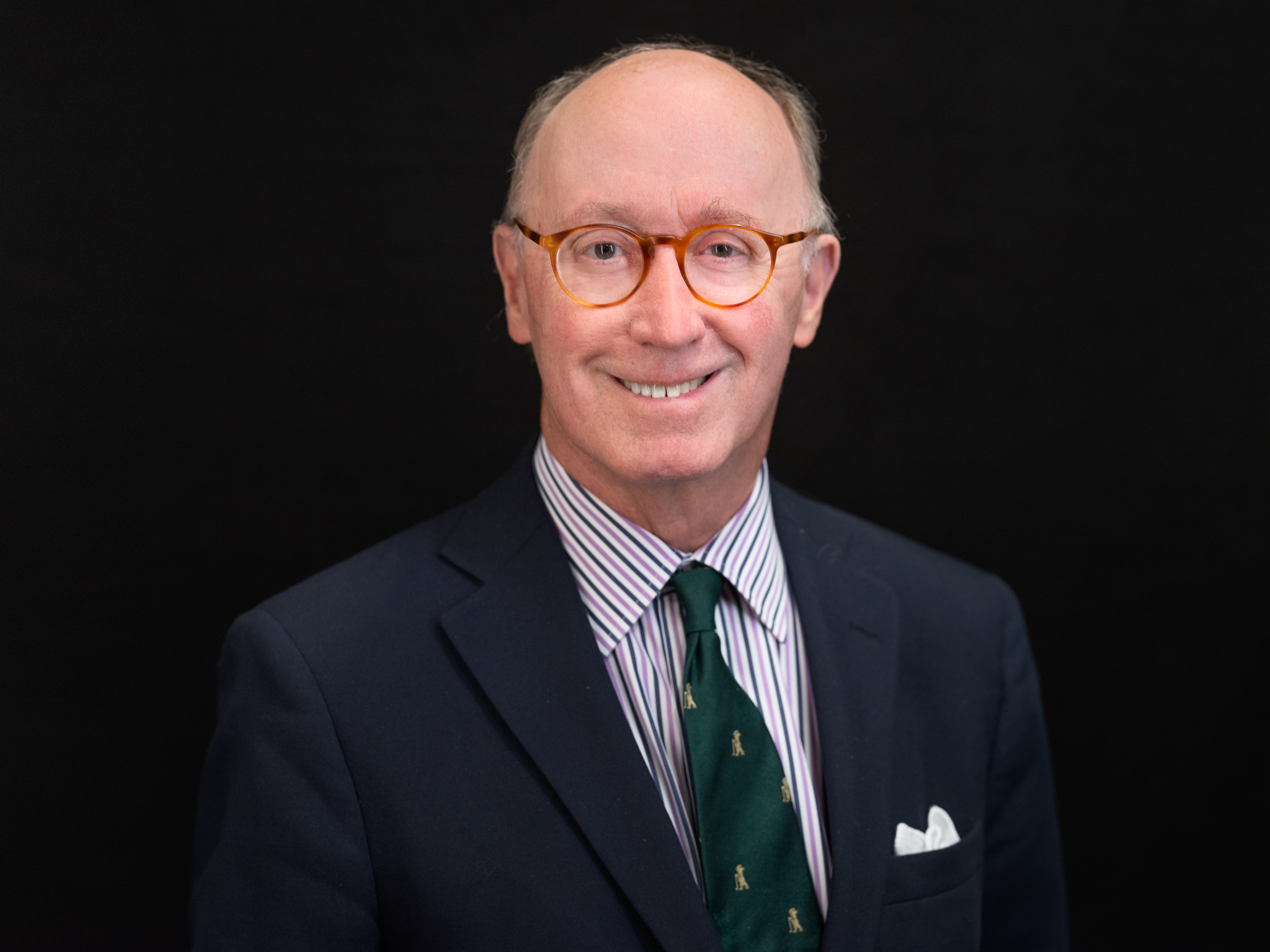 Willard Bunn III joined Colonnade Advisors as a Managing Director in 2012. Willard has served as chairman, chief executive, and/or director of several commercial banks in the course of his 40 year career. Willard’s long career in the banking industry began at Chemical Bank in New York before he returned to Springfield in 1978 to serve as Executive Vice President, and eventually Chairman and Chief Executive Officer, of Marine Corporation, a multibank holding company with $1.2 billion of assets. Following Marine’s merger with Banc One, Willard was appointed Chairman and Chief Executive Officer of Banc One Illinois Corporation, a position which he held until 1994. Willard went on to serve in various management positions with two investment banking firms. Willard served as a Director of Baytree Bank of Lake Forest, Illinois from its founding in 2000 and as Chairman of the Bank from April 2010 to August 2012. Willard serves on the Board of Directors of CIB Marine Bancshares, Inc., a bank holding company based in Waukesha, Wisconsin, that operates banking offices in Illinois, Indiana and Wisconsin. He also serves on the Boards of Midland National Life Insurance Company and North American Company for Life and Health Insurance, insurance subsidiaries of the Sammons Financial Group. In addition, Willard was Chairman of the Board for the Poetry Foundation, a literary organization and publisher of Poetry magazine. He serves as an advisory director of Chicago-based Campus2Career Transition Services, and a member of the valuation committee of The Banc Funds Company. Willard holds a BA from Princeton University and an MBA from the University of Virginia. In addition, he holds the Series 79 securities license. wbunn@coladv.com 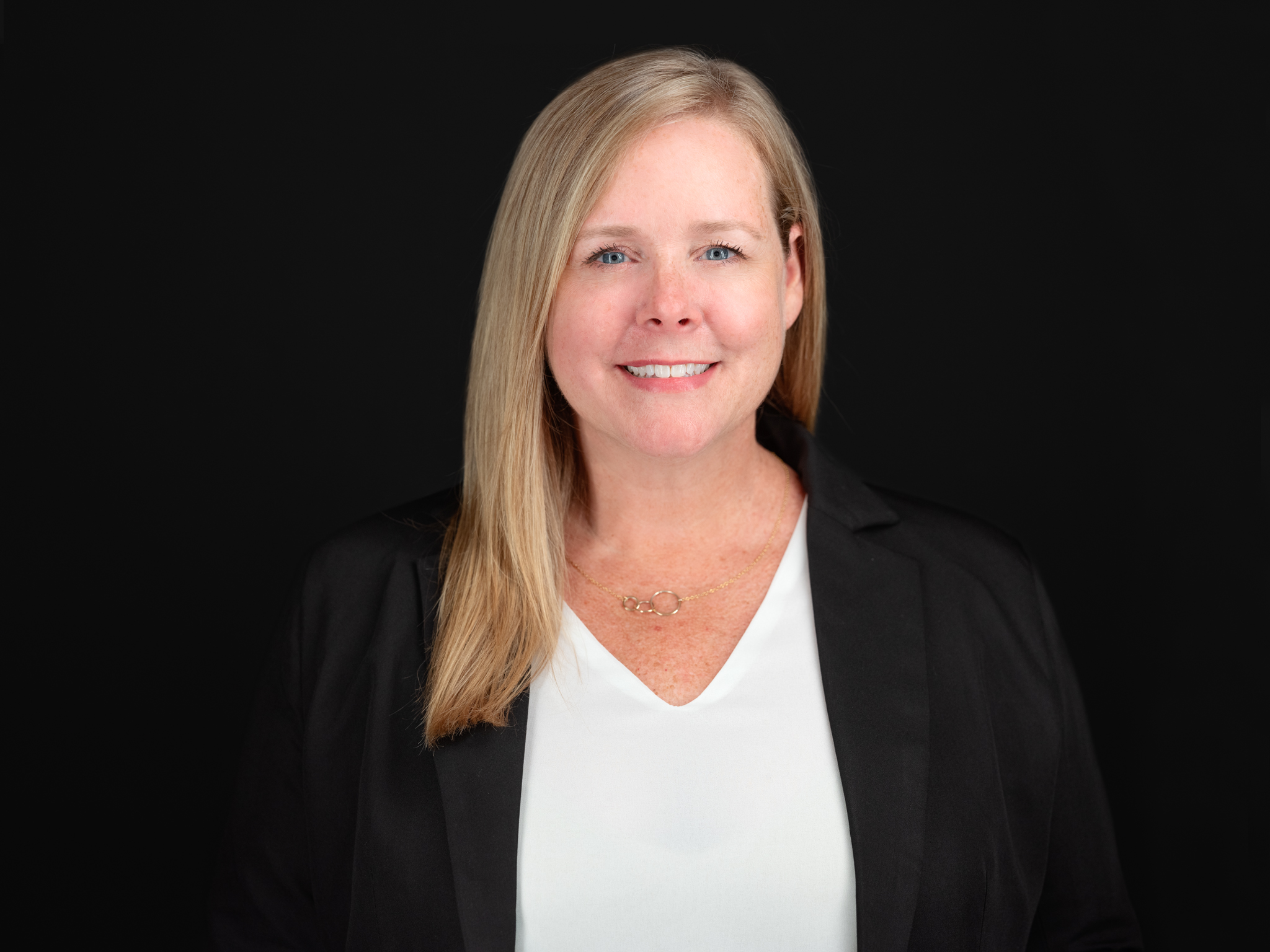 Danielle Flynn is the Director of Operations for Colonnade. Prior to joining Colonnade in 2013, Danielle was a Sales Audit Supervisor for Crate & Barrel. Since 1997, she has been the Office Manager for a family construction company. Danielle began her career at First of America Bank in Mortgage Processing. Danielle received a BS in Business from Eastern Illinois University. dflynn@coladv.com 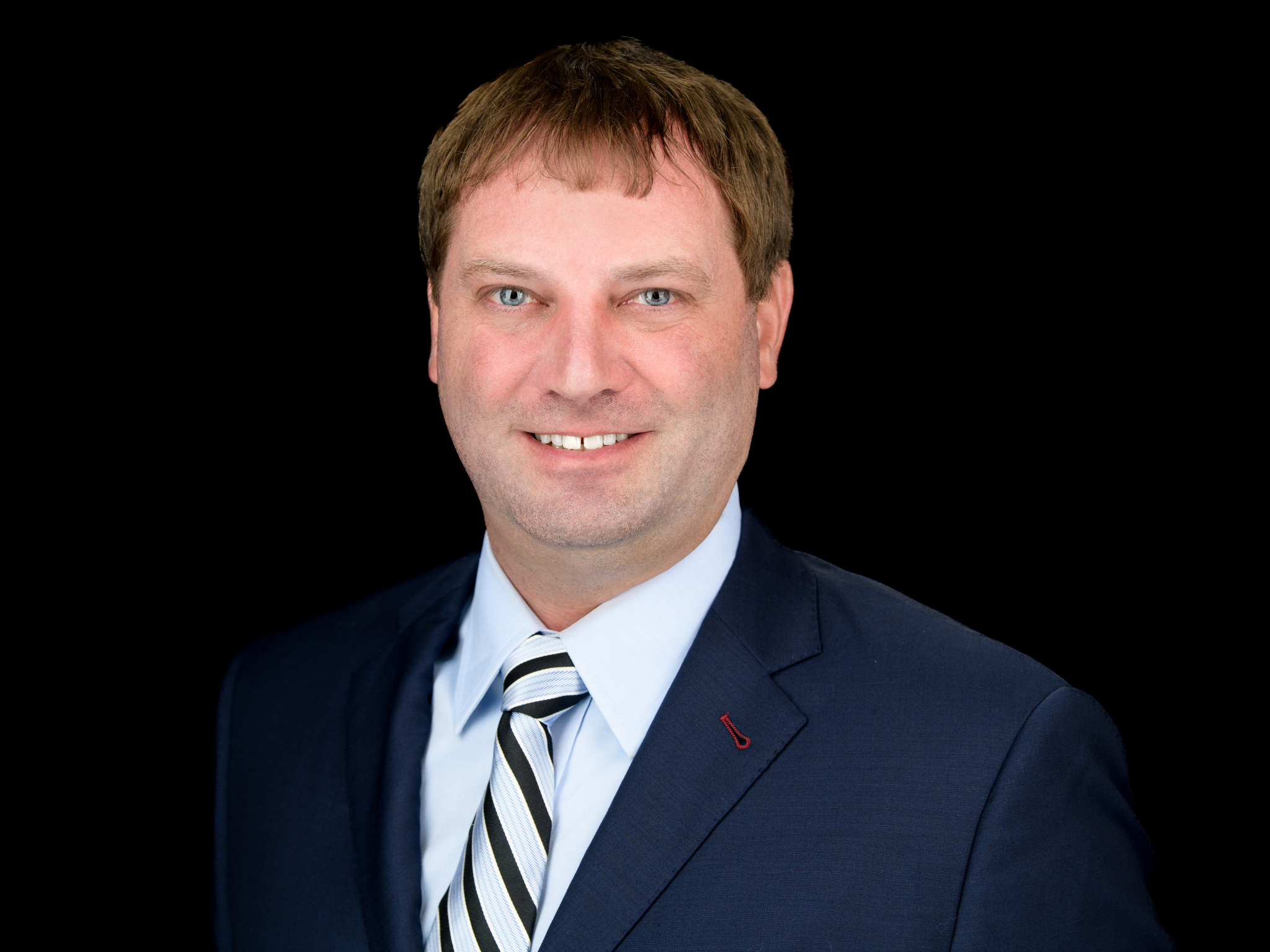 Matt joined Colonnade in March 2022 as a Senior Account Executive. Matt brings over 15 years of experience in the financial sector. Prior to joining Colonnade, Matt provided investment banking services to financial institutions in a variety of capacities, including capital raising and M&A advisory. Matt also worked with executive management and board of directors on strategies to maximize shareholder value.

Matt began his career as an Investment Executive in Equity Capital Markets at Howe Barnes (now Raymond James), a Vice President – Financial Institutions Group at FIG Partners, and as a Director of Investor Relations at Lambert. Matt received his bachelor’s degree from Spring Arbor University’s Gainey School of Business and holds the Series 79 license.   mmagee@coladv.com 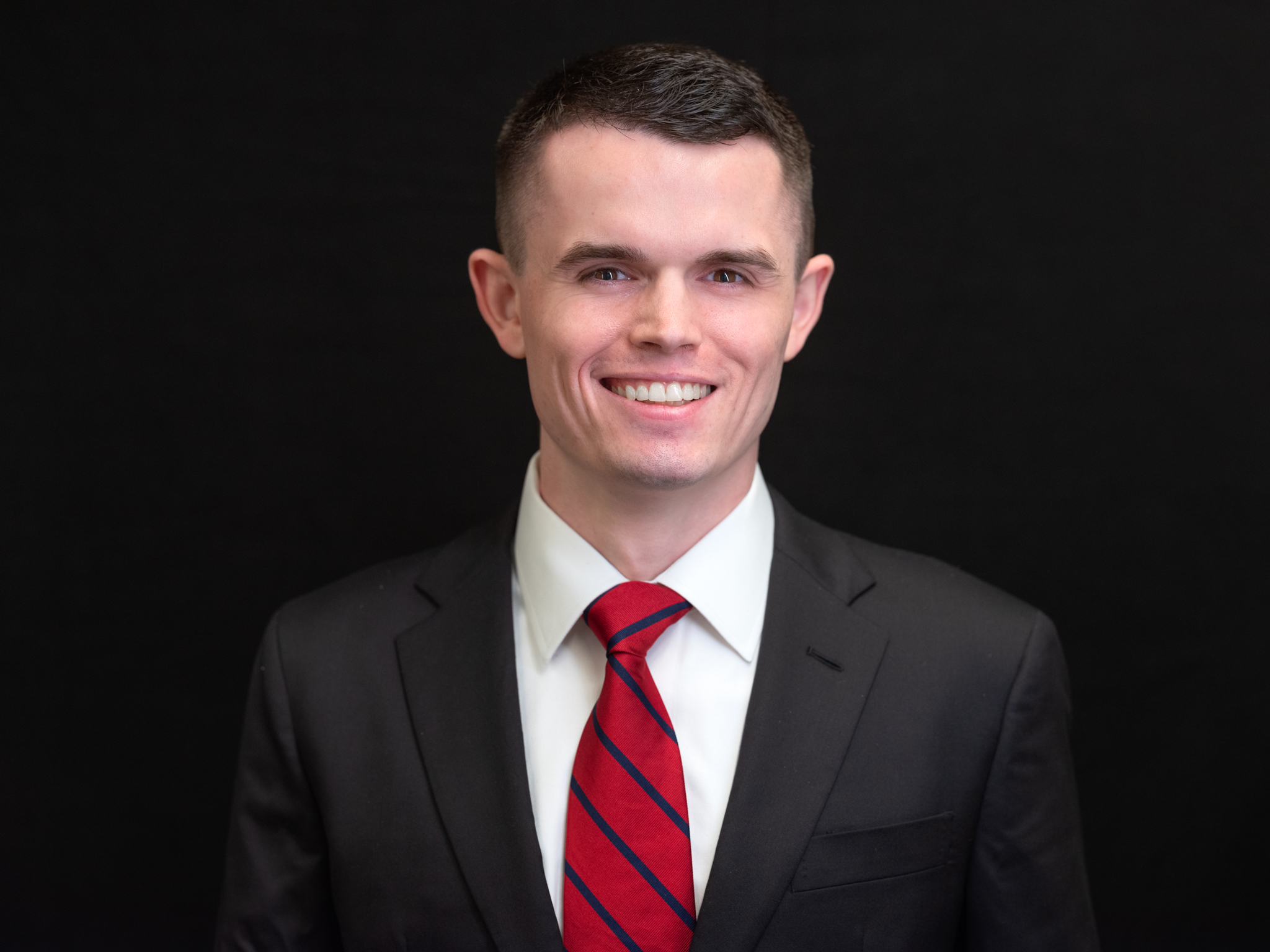 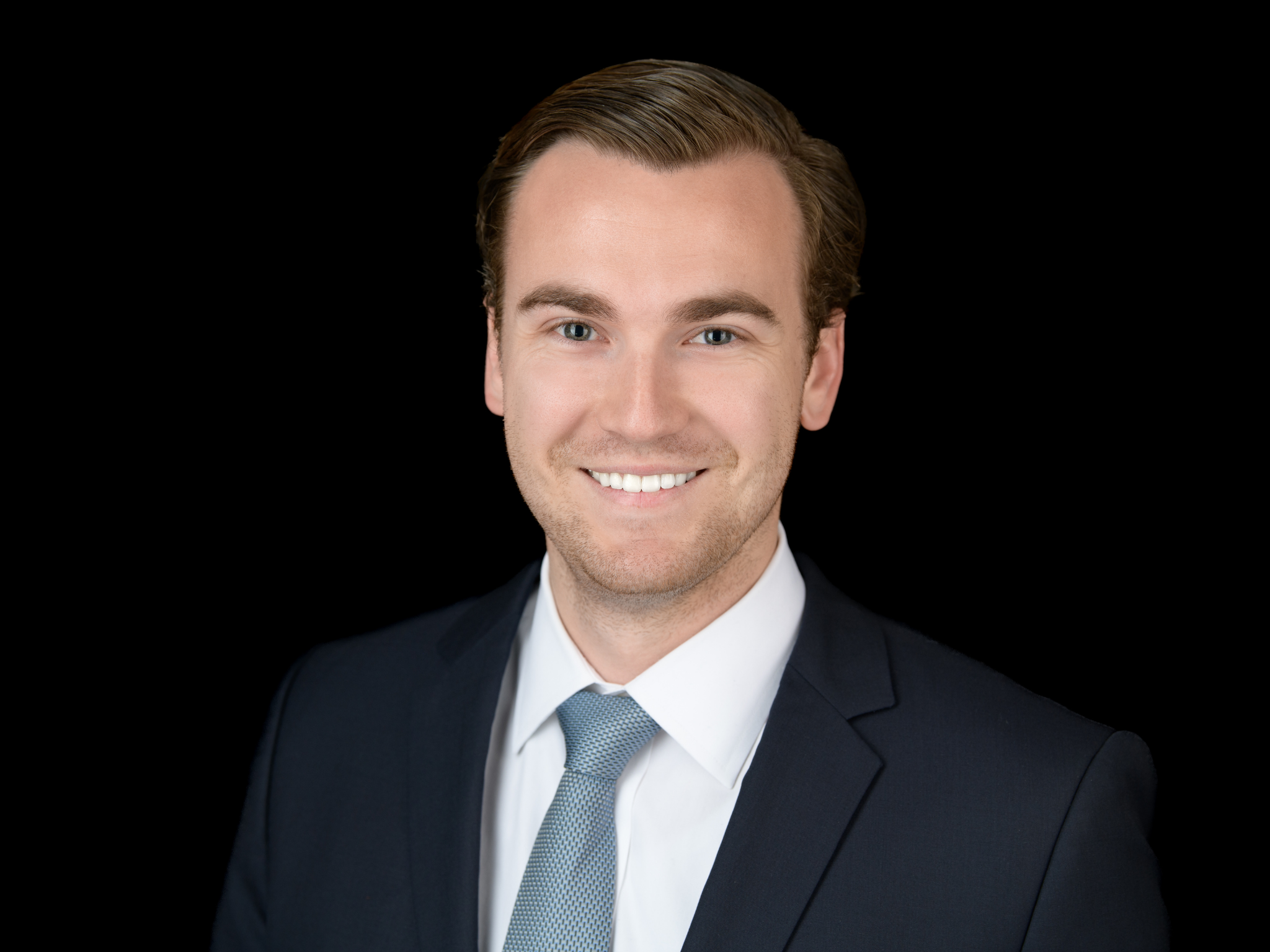 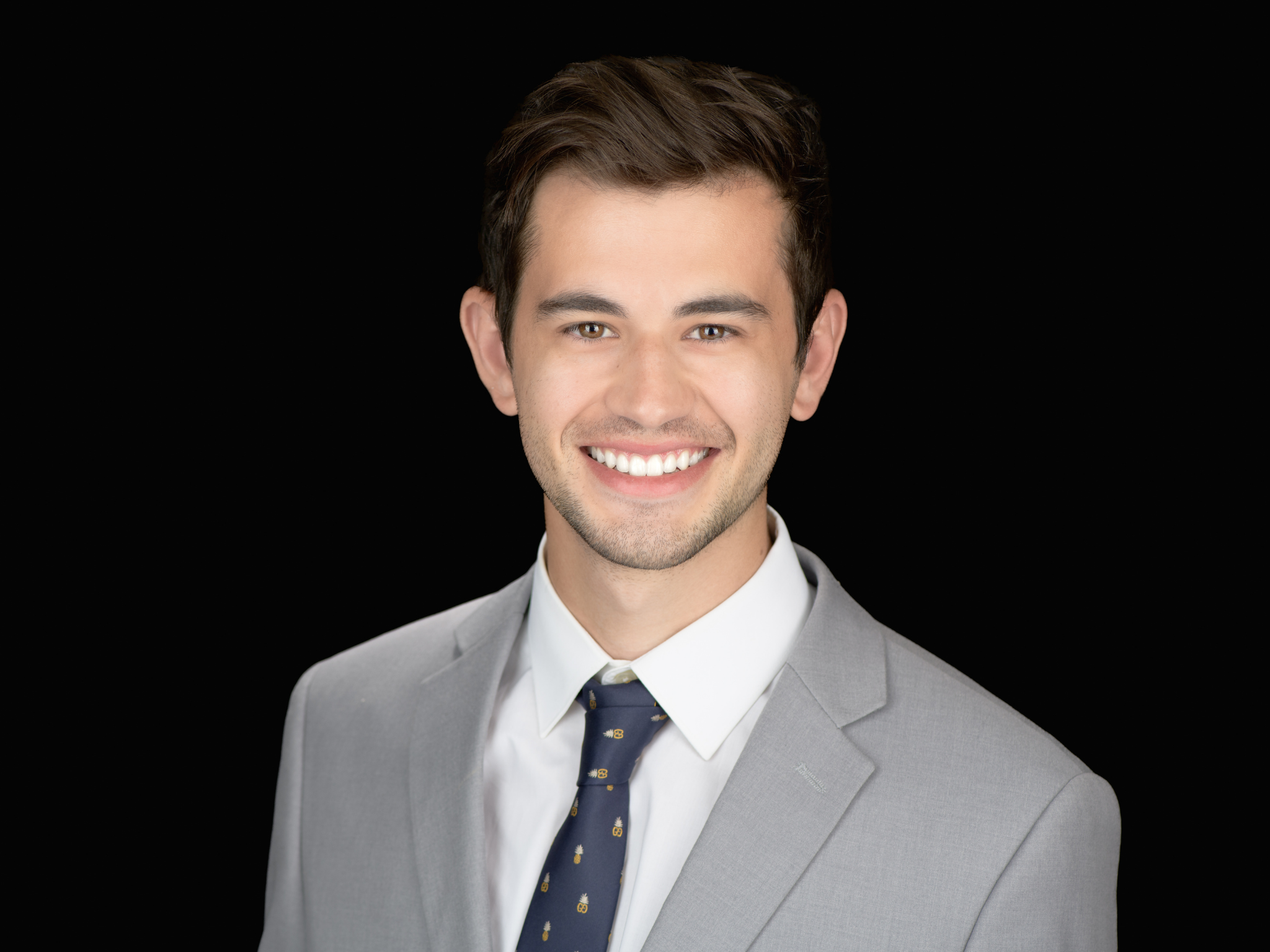 Brandon Eckhardt joined Colonnade Advisors as an Analyst in January 2022. Previously, he was an Investment Banking Analyst at Chinook Capital Advisors. Brandon began his career at Chartwell Financial Advisory as an Investment Banking Analyst in Mergers & Acquisitions. Brandon received his bachelor’s degree from the University of Iowa with a major in Finance and Economics. Brandon holds the Series 63 and 70 licenses.  beckhardt@coladv.com 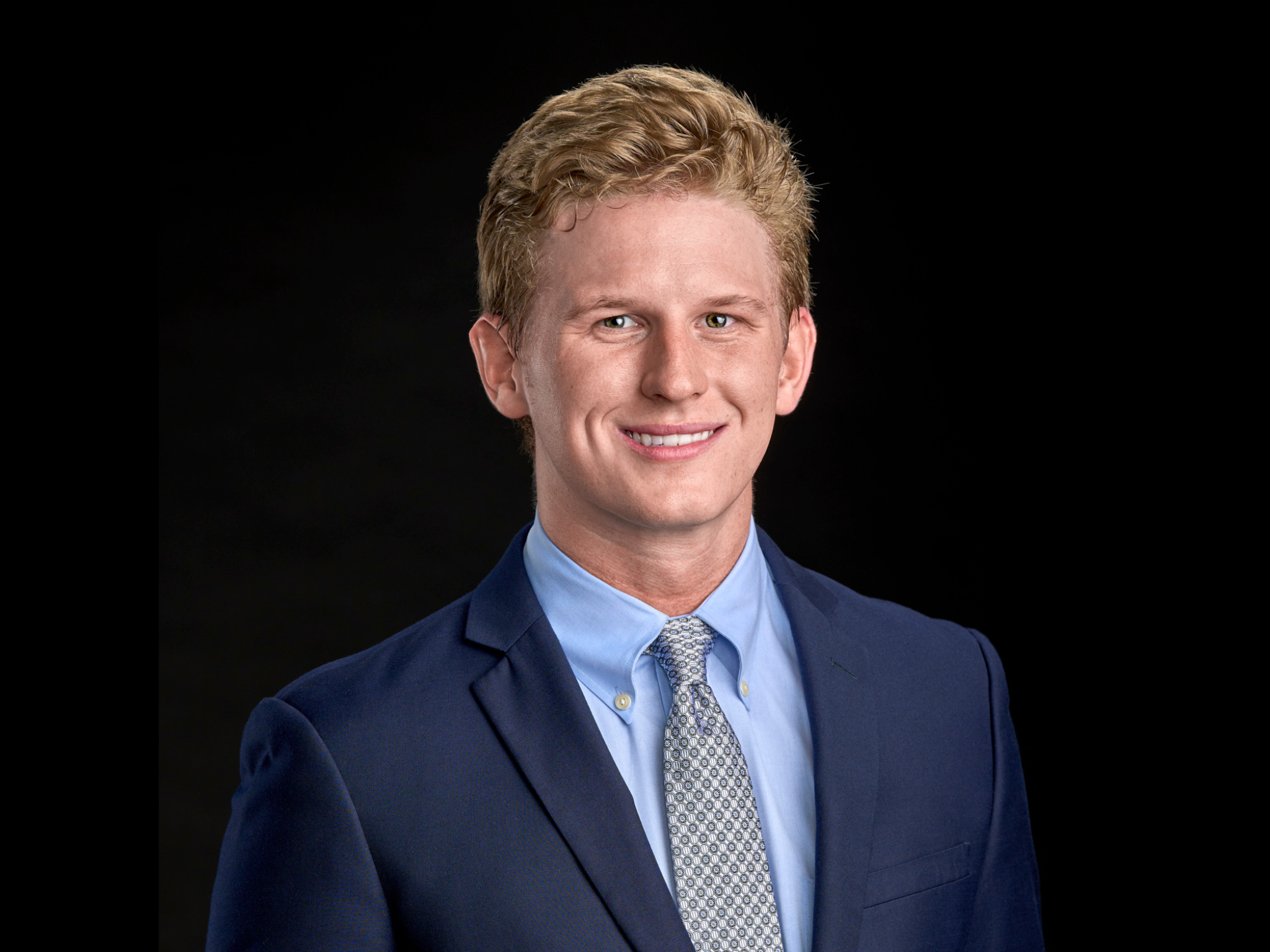 Ross Martin joined Colonnade Advisors as an Analyst in August of 2022. Prior to joining the team, Ross was an investment banking analyst at ButcherJoseph & Co., a boutique M&A advisory firm with a specialty in leveraged ESOP transactions. Ross received his Bachelor of Arts in Economics from the University of Chicago.  Ross holds the series 79 securities license. rmartin@coladv.com 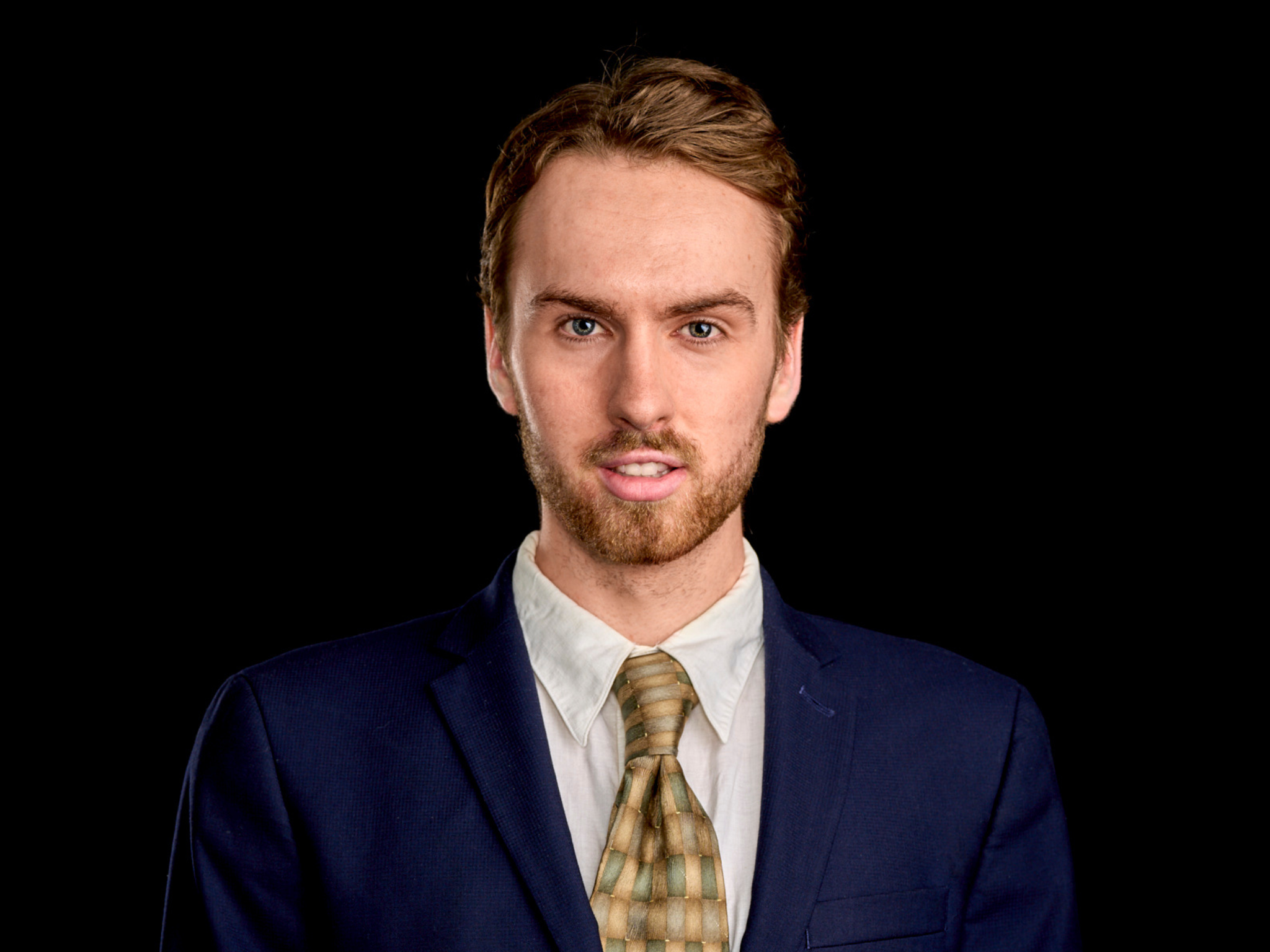 Pano Garry joined Colonnade Advisors as an Analyst in August 2022. He previously worked as a Financial Analyst at Guideboat Advisors and as an Associate Consultant at TheMathCompany. He received his BBA in Finance from Emory University’s Goizueta Business School. Pano holds the Series 79 securities license. pgarry@coladv.com 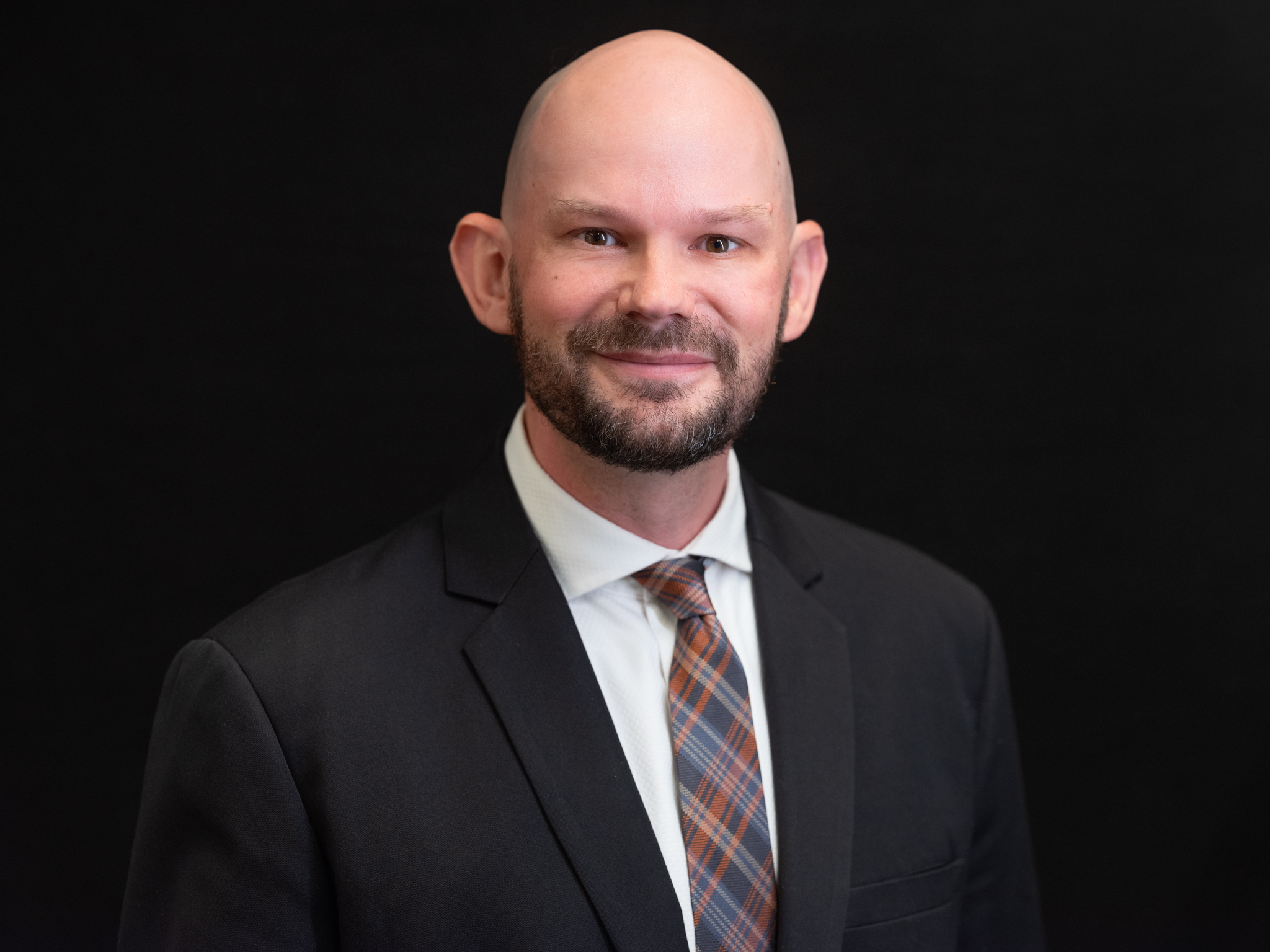 Tim Koelling is a Project Manager for Colonnade. Tim began his career at Northern Trust in trust administration. Following his time at Northern Trust, Tim worked abroad as an English teacher, then in education sales for International TEFL Academy. Most recently, Tim was Director of Operations for Nomadic Ant, an independent jewelry boutique. In addition to the above, Tim maintains an active schedule as a professional saxophonist in Chicago. Tim received a BA with Distinction in Communications Studies from the University of Iowa. tkoelling@coladv.com